Robert B.Parker wrote the incredibly successful “Spenser” book series about an intelligent, handsome, alpha male private investigator, based in the US of A! I’ve just finished reading “The Promised Land”, my first taste of Robert B.Parker’s writing and I’m hungry for more. Here is a short review, well it’s not really a review, it’s more of a recommendation and a few thoughts on the book and what I think, for your reading pleasure.

Spenser is basically what every man wants to be, brawny, handsome, intelligent, capable. He can fight, women love him and he always saves the day, all be it on a wing and a prayer. OK! OK!, so maybe it’s an old fashioned and macho version of what men want or wanted to be, but Robert B.Parker’s “Promised Land” was published in 1976 don’t forget, a long time before what we consider to be the “modern man” ever existed. 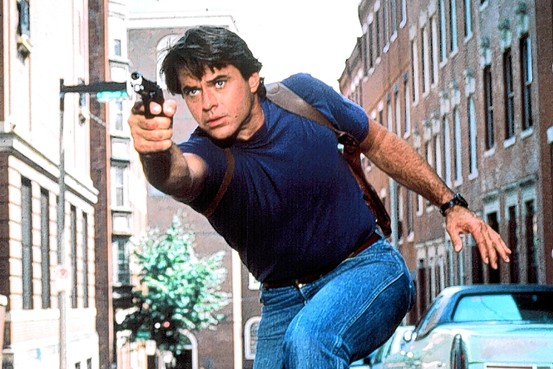 Promised Land is named so, because the plot revolves around a real estate company with the same name, which is funded by not so legitimate funding. Harvey Shepard, a  man involved in the Promised Land Development, hires Spenser to locate his wife who has run off leaving him high and dry with their 4 kids. Spenser, an experienced private eye, does not miss the subtle clues however and realises that Harvey has been beaten up pretty badly. Ungraciously, Harvey reveals that he is in debt to a loan shark whom Spenser knows only too well and he takes it upon himself to help Harvey out. The plot thickens however, when Spenser finds Harvey’s wife, Pam, who as it turns out, is involved with a completely unrelated murder.

Spenser, cunningly puts together a risky plan which if he pulls off, will save Pam from imprisonment and her husband Harvey from being hunted down and killed by the loan sharks he can’t afford to pay. Spenser does this almost single handedly by using both his intelligence and physical brute strength. Known as a hard man, Spenser is a force to be reckoned with and can fight his way out of any situation, from which he takes great pleasure.

“You reek of machismo, and yet you are a very caring person.  You have all these muscles and yet you read all those books.  You’re sarcastic and a wise guy and you make fun of everything and yet you were really afraid I’d say no a little while ago and two people you don’t even like all that  much would get into trouble.”

Robert B.Parker is clearly very familiar with Spenser’s character, I love the constant reference to food and drink. A zealous appetite for exquisite food and drink gives Spenser a softer, more homely feminine side to his character, making it easier to empathize with this hard-man-character. Whether he’s scoffing down fresh oysters with draught beer (Amstel being his favourite) or enjoying a bottle of burgundy while he cooks spaghetti at home, he’s constantly reveling in the details of each and every morsel.

The other love in Spenser’s life, besides beating up gangsters and drinking of course, is his girlfriend Susan Silverman. She loves Spenser to death but is unsure how to handle his debonair attitude towards his work. Of course, it only adds to the strength of his character and brings a more familiar feel to the plot. I must add however, that the others characters are merely props which are used to demonstrate Spenser’s versatility in his role, professionally and personally. The ultimate good guy? I think so…….